#1. Failure to Integrate IT Systems

Films, entertainment and media industry require tremendous coordination between multiple agencies. This involves project planning and coordination. Most operations that are carried out manually can take away time, and impose lack of accountability among the film crew and cast. IT integration can help in optimizing the time involvement, and also reduce errors, making people more accountable. For this, project management consulting firms with expertise are crucial.

IT systems can help in boosting the value of the production, by automating aspects like day to day management and effective implementation of filming plans as per timelines and schedules. For the film to be successfully launched on a particular date, a lot of work goes into a production before its release. From studios to cinematographers, management involves handling human talent and other resources, for building a production firm that retains its competitive edge. Standard Operating Procedures can help your business to integrate IT systems effectively into the production process, speed up pre-production conceptualization and ideation, as well as production and post-production procedures.

As against a project in a company, film-making is a project that needs to be divided and tracked accordingly. Most production houses operate in an unorganized manner where lack of systems and processes in operations lead to low ROI. SOPs or standard operating procedures are instructions for defining processes in detail, with a key responsible person, clear reporting structures and well delineated performance indicators. SOPs help in tracking project completion at every stage and identifying reasons for delay at each stage. Opting for the best international consulting firms can help your film company to grow.

The big numbers clocked by the entertainment industry reflect the time, money, and energy that goes into a successful production company. Film making involves budgets as per timelines and ROI, which can only be achieved if schedules are followed. Otherwise, cash flows can be harmed and prolonged schedules can also lower the ROI. So, budgeting for productions is not a simple or linear process. For effective budgeting, the focus needs to be on utilizing financial resources and capital effectively. Budget allocation, planning and implementation can be effective in building a successful production house along with a Business Plan Consultant who shall help to calculate the Project Feasibility & Project ROI.

As the future emerges and new technologies come to the fore, the film industry will see the further convergence of technology, entertainment and social media. As the lines between traditional media and social sharing platforms will disappear, the gap between distributors and content creators will be bridged. This will mark industry mergers and acquisitions besides fueling market consolidation.

Further, technologies like 5G are expected to boost on-demand entertainment, establishing instantaneous access and new levels of connectivity to content at just about any time. With the shift to an on-demand economy, subscription revenues are poised to match advertising revenues. Digital media and new technologies require SOP specialists for effective implementation. The value of music, media and sports will grow exponentially. As powerhouses and tech giants like Amazon, Apple, Google, Facebook and Netflix dominate the new landscape, the focus will on original productions, personalized micro-servings and highly targeted delivery.

The ability to deliver personalized media content will attract consumers and advertisers alike. Technology enables new and improved personalization. Netflix is making rapid forays into choosing your own adventure type programming, with viewers making all the decisions. While technology is expanding personalization, copyright laws and regulation is limiting it/ new rules are changing trust relationships between brands, platforms and consumers. For successful content creation, distribution, monetization and user experience, intelligent data collection, visualization and analytics are essential.

Disciplines like machine learning lead the way for tailored recommendation services, targeted content and ad delivery, besides original programming and content creation. An intriguing impact of personalization is the development of interactive experiences where consumers can engage with created environment, enjoying the unique experience and story. Supported by evolving technologies like panoramic videos, photos, VR and AR, immersive experiences are finding their way to the film industry. With new technologies positioned to surpass old ways of film making, the film and entertainment industry needs SOPs for implementing apps, launching interactive websites or channels.

II) Why YRC Should be Your Business Management Consultant?

Your Retail Coach can help in developing robust SOPs which help the industry to run by the systems & not remain people-dependent. Essentially, YRC is the business management consultant that can help your business to grow, in the competitive film, media and entertainment industry. With new production techniques and technologies and fresh talent emerging every day, SOPs can help production houses, directors and producers to manage their project better and receive the box-office success that comes with proper planning, organization and effective execution.

The film industry is one of the largest in the world, with growth drivers like per capital income, growing population and increasing number of malls besides global collaborations and upgraded technologies. While the industry seems glamorous, there are multiple stakeholders involved, as organized ways of working are needed. Advertisers are aware of the popularity of this industry, so they have invested heavily in cinema based advertising. The international film and entertainment industry shows healthy projections for coming years as global box office revenue is forecasted to rise from about 38 billion in 2016 to USD 50 billion in 2020. The United States has emerged as the third largest film making nation in the world, ranking behind China and India. India’s film industry is worth billions of dollars and it is counted as one of the leaders in the entertainment industry. Despite these figures, there are several challenges in the film, entertainment and media industry. The film or motion-picture industry is oriented towards managing both technical and production aspects of a movie. From pre to post production or even organizing film festivals, a lot of planning goes into successful project management and execution. 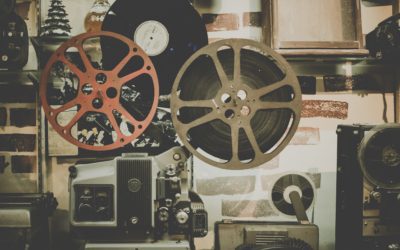 Now Investors can Invest in Bollywood Through Franchising

Love watching films? Well, who does not? Want to be engaged in this filmmaking industry? Well, you need not be an actor or director. Lot of finance, marketing, and economic strategies work behind filmmaking in India. If you want a profitable business, go for film...

END_OF_DOCUMENT_TOKEN_TO_BE_REPLACED 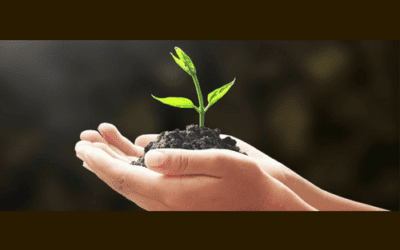 Is Your Brand Ready For Expansion?

Growth and expansion are both a necessity and an aspiration for almost every business enterprise. However, irrespective of the intensity of the need for growth and expansion, only a handful of businesses succeed in their expansionist attempts. And every such business...

END_OF_DOCUMENT_TOKEN_TO_BE_REPLACED

How SOPs will Benefit Wholesale Brand Venturing into Retail

END_OF_DOCUMENT_TOKEN_TO_BE_REPLACED

We work only for Visionaries.